24 June — 2 July, 2019. IZOLATSIYA Platform for Cultural Initiatives, partnered with with CRCSEES at University of St Andrews, and Lviv Centre for Urban History, organized the first Donbas Studies Summer School in the cities of Severodonetsk and Lysychansk. This year’s school is the first of what will, hopefully, become a growing series of such schools on different themes, led by experts in different programs at U.S., Canadian, and European Universities. 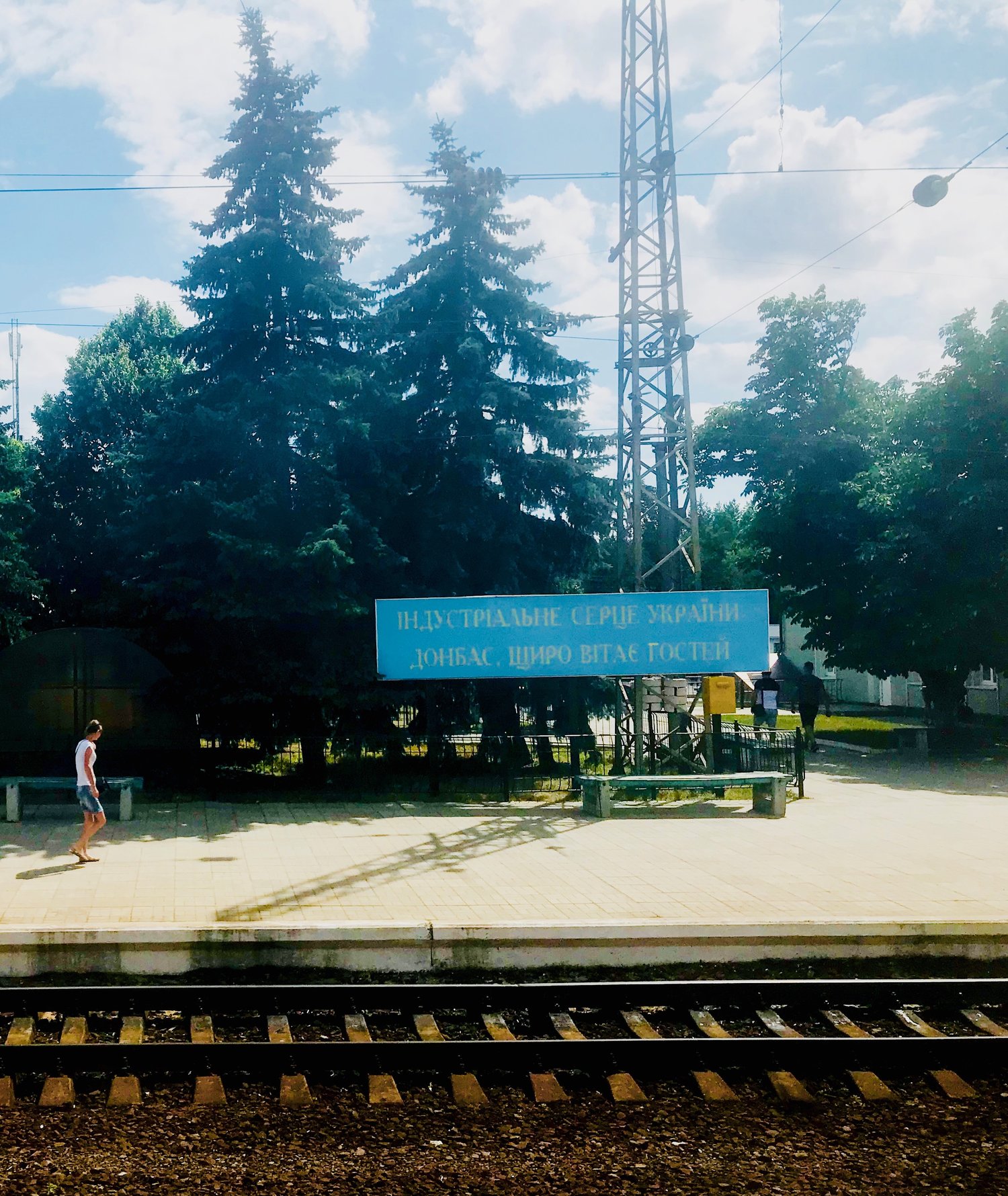 “The Industrial Heart of Ukraine’s Donbas Warmly Welcomes All Guests!”

IZOLATSIYA’s new Donbas Studies Research Platform, managed by Dmitry Chepurnoy, is creating a hub of open, easily-accessible archival materials, lectures, and other resources about the region. This year’s summer school engaged scholars Dr. Mykola Lomako, Dr. Iryna Sklokina, Jeffrey Murer, artist Stefhan Caddick, and local communities in the formerly occupied city of Lysychansk, and in Severodonetsk. The school aimed to engage “young researchers and artists with a particular focus on the cultural potential of the communities of monofunctional cities of the Donbas.” According to the official announcement for the school: “The main themes are the (mono)town, the revitalisation of (post)industrial spaces, cultural and creative practices for building communities, cultural memory, cultural studies, the transformation of public spaces and sustainable urban ecosystems.” 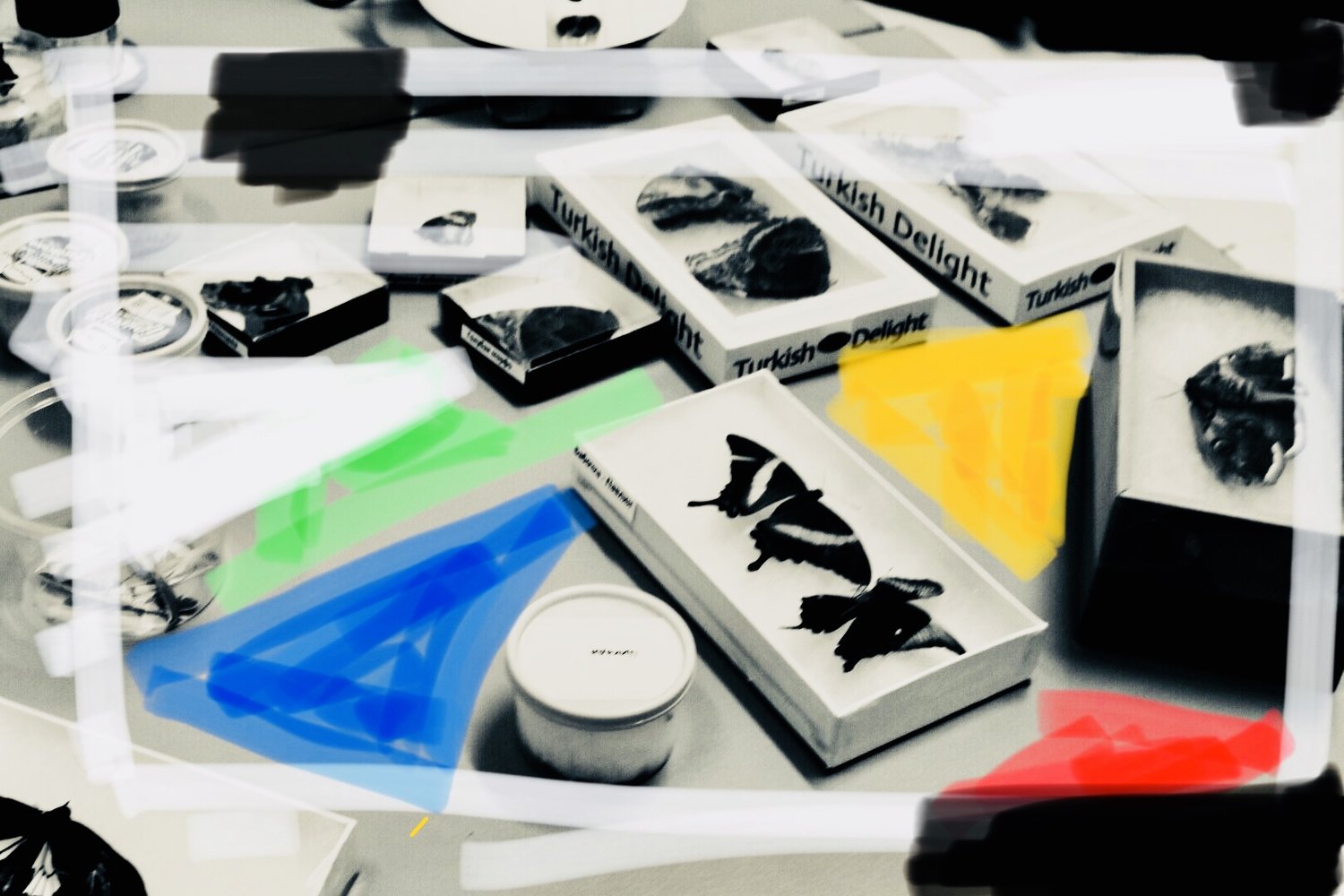 Preserved Butterflies and Insects in the Lysychansk Regional Museum

I was invited to participate in this year’s summer school as a friend of the activists organizing the school. The book I’ve been working on for many years includes many of the changes in Ukraine that are interwoven with the history of IZOLATSIYA’s displacement from the city of Donetsk, and relocation to Kyiv at the outset of the Russia-Ukraine conflict. Superfluous Women: Feminism, Art, and Revolution in 21st c. Ukraine (University of Toronto Press, July 2020).  My very close friend, Ph.D. candidate Katia Ruban (NYU, History), was volunteering at the summer school as a translator for the local guides from Lysychansk and Severodonetsk. 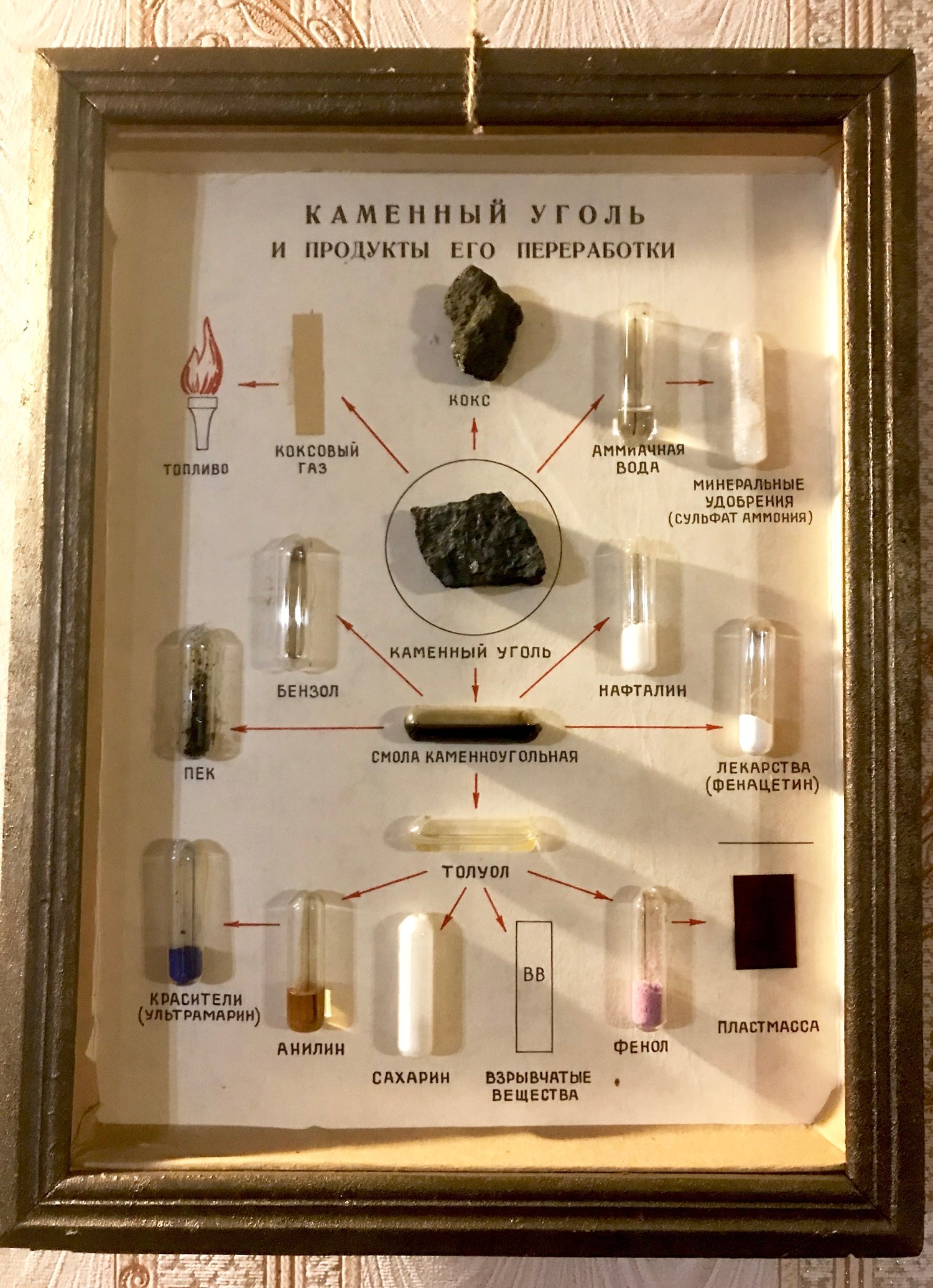 Soviet display of coal and its chemical derivatives

I knew about how members of the local Ukrainian creative collective De Ne De had helped in recent years to restore museums in the region with assistance from USAID after the retreat of Russian forces in 2016. The Lysychansk Regional Museum is one such impacted site. Human Rights Estonian-based organization Boctok-SOS is also a supporter of cultural and social development in the region, and provided meeting and presentation space to this year’s summer school. Participants included: international students, activists, and artists from Denmark, Germany, U.K., U.S., Poland, and Canada, among other countries. 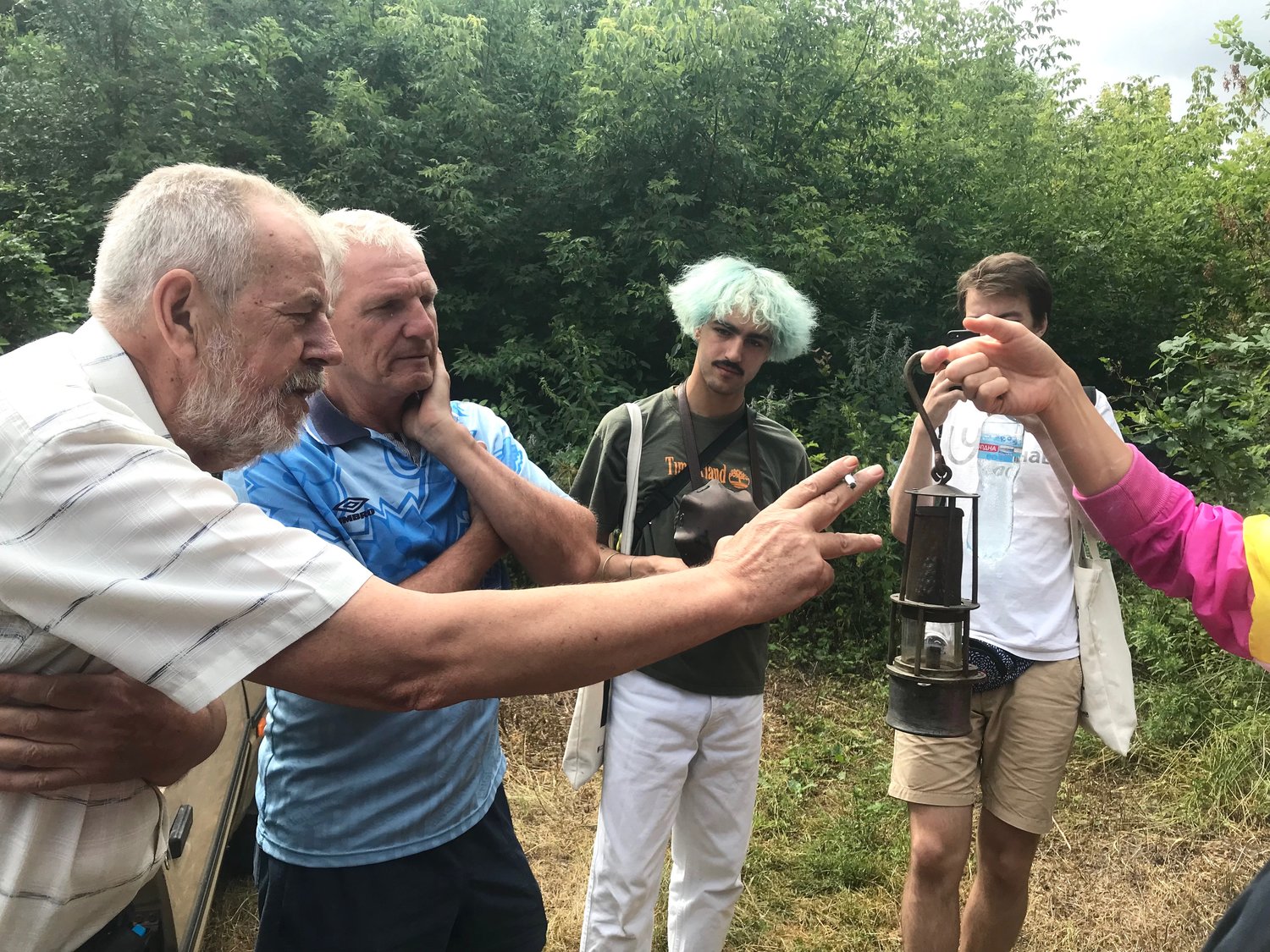 This year’s school was led by Dr. Victoria Sophie Donovan of St. Andrews University, whose research interests include Welsh miners in the Donbas in the late 19th-early 20th c. Lectures, workshops, and excursions given by local professors and community leaders emphasized comparative frameworks for exploring the socioeconomic impacts and cultural processes of de-industrialization in today’s Ukraine. Highlights included visiting the sites of the first coal and iron ore mines in the Donbas region, an extensive walking tour of the formerly occupied city of Lysychansk, and a guided tour of the Severodonetsk AZOT Chemical Factory. The name of this year’s school, “The Plant Gave Me Everything” was chosen in collaboration by Dr. Donovan, Dmitry Chepurnoy, and St. Andrews graduate student Darya Tsymbalyuk. The title is a quote from the 2015 film, In the East, Directed by Piotr Armianovski: “The plant gave me everything: it gave me a flat, and a life, my kids are working, the lads, doing no worse than their father. So I have something to be proud of.” 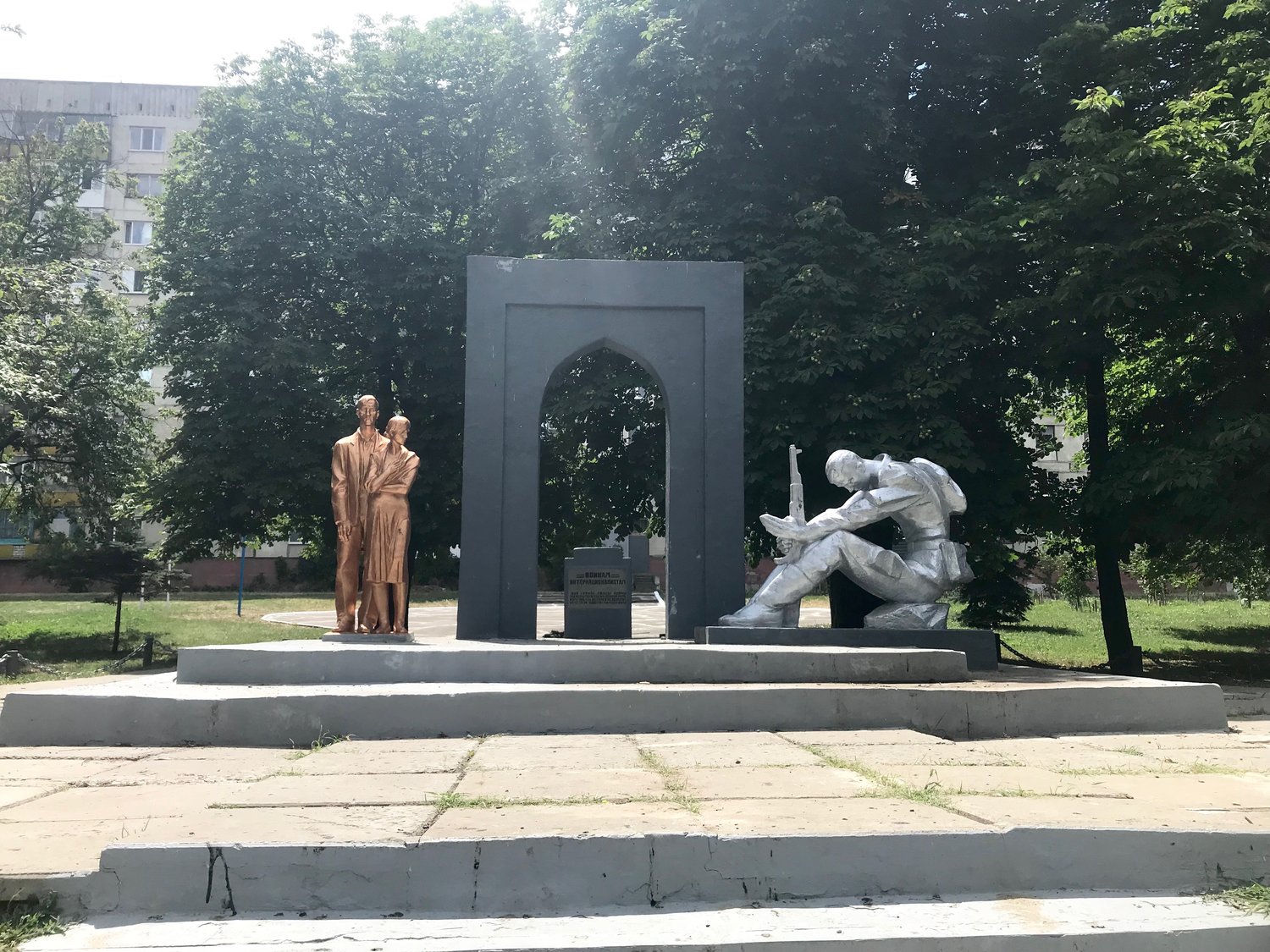 The announcement for the school encouraged local, inclusive, creative approaches to research at the intersection of education, cultural preservation, history, and human rights outreach. Questions included: “What is a monotown; how does а city-forming enterprise affect the life of the community and its ideas of the past and future? Deindustrialization and conflict are the main challenges faced by the residents of the monofunctional cities in Donbas today. What is the role of cultural and artistic practices in defining and redefining cultural identity in this context?” Artist-musician Anton Lapov created an audio tour of six sites beginning from the central bus station in Severodonetsk. 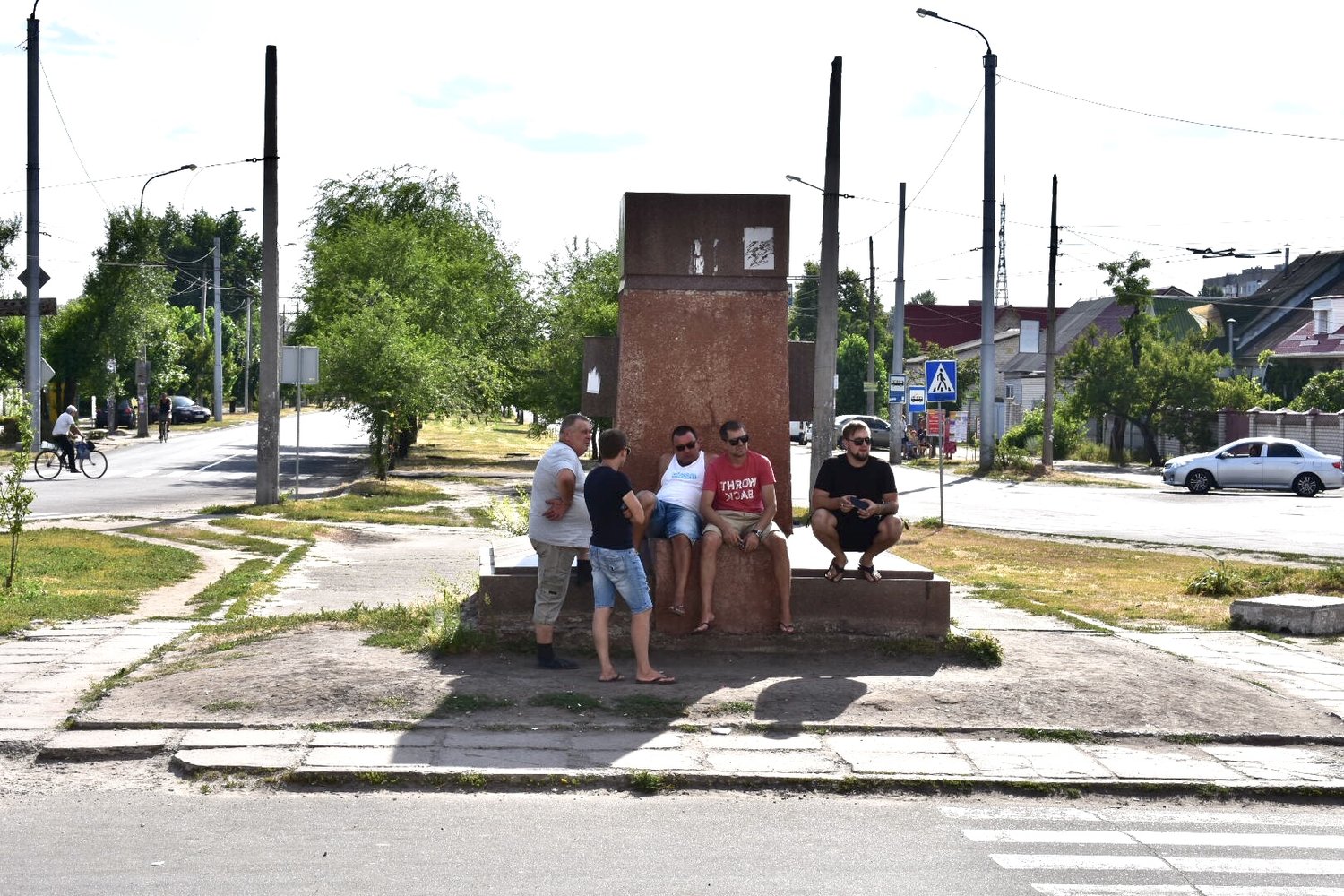 “The New Lenins!” Local townspeople of Lysychansk relax near the pedestal to the removed statue of Lenin, Central Bus Station, Severodonetsk

The audiotour culminated in all of us forming a circle on the rooftop of the skeleton of a 12-story-tall Soviet data center that was planned in the 1980s, but was never finished. “You see that neighborhood over there,” one artist said to me as he pointed to one section of the city near an abandoned factory. “They call that area ‘Komsomolka,’ because many dorms are located there. But that area is also one of the poorest, and there is a big problem there and everywhere in this city with drug addiction. They get bored. They give up.” An important part of the critical work that art collectives do in Ukraine today is create spaces where people can debate the issues that are not voiced or are closed off from view in other public spaces. They also integrate and network with international human rights groups, scholars, and experts through the language(s) they explore in their artworks. The visual works circulating digitally in Ukraine are breaking new ground and pathways for moving profound ideas at the intersection of global and local. 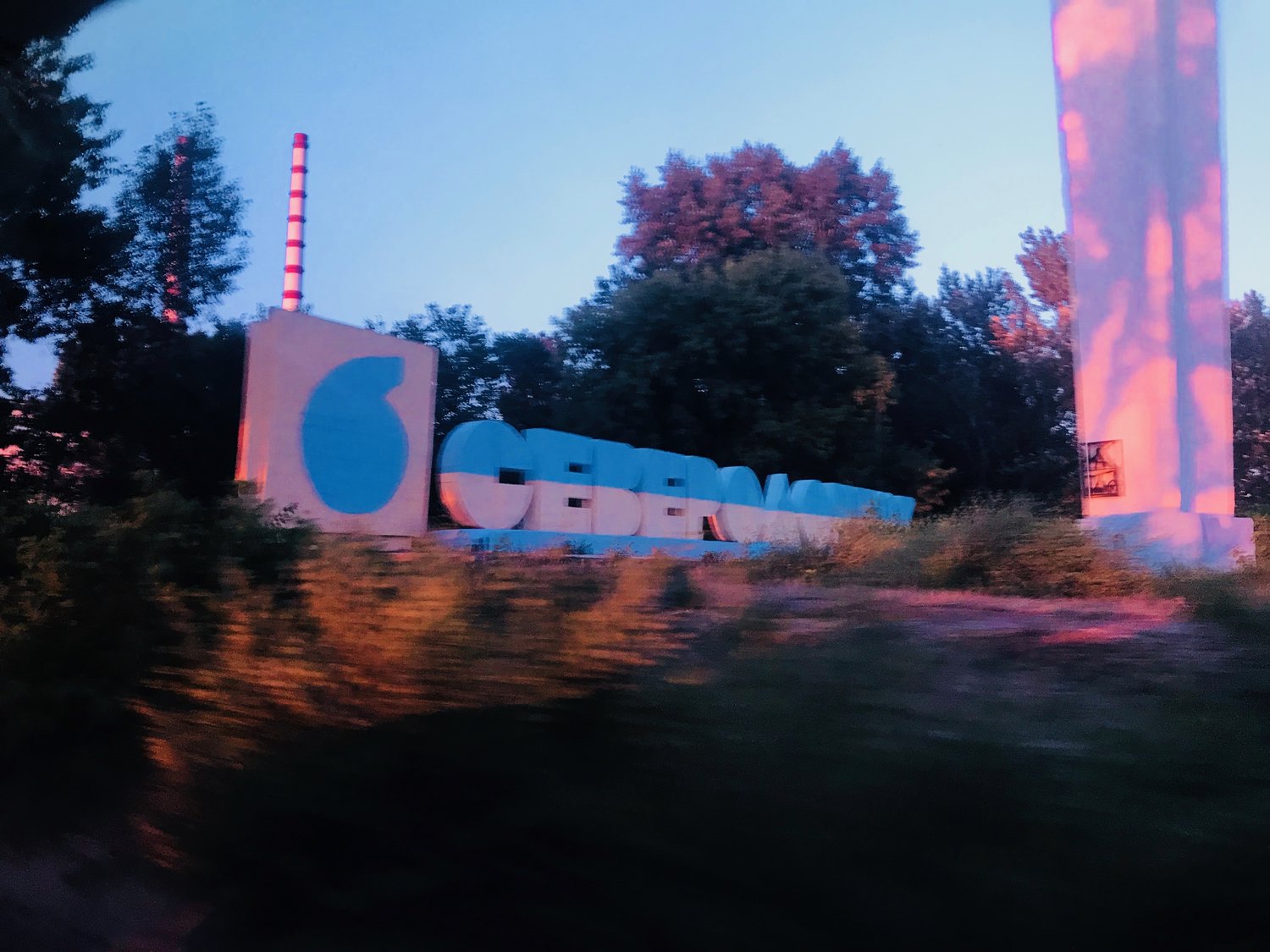 Highway sign at the entrance to the city of Severodonetsk, with AZOT Chemical Factory smokestack

Lapov, who was displaced by the war from the city of Lugansk, is a founding member of the collective LKD: Lugansk Contemporary Diaspora, featuring other refugee-art-activists like himself. Lapon is currently also part of leading the third in a series of workshops aimed at strengthening institutional support for the realization of a Severodonetsk Contemporary Arts Center. There are also artist-activists working throughout the small towns surrounding Severodonetsk to bring new energy to East Ukraine, and to involve some of the most vulnerable populations impacted by the conflict. 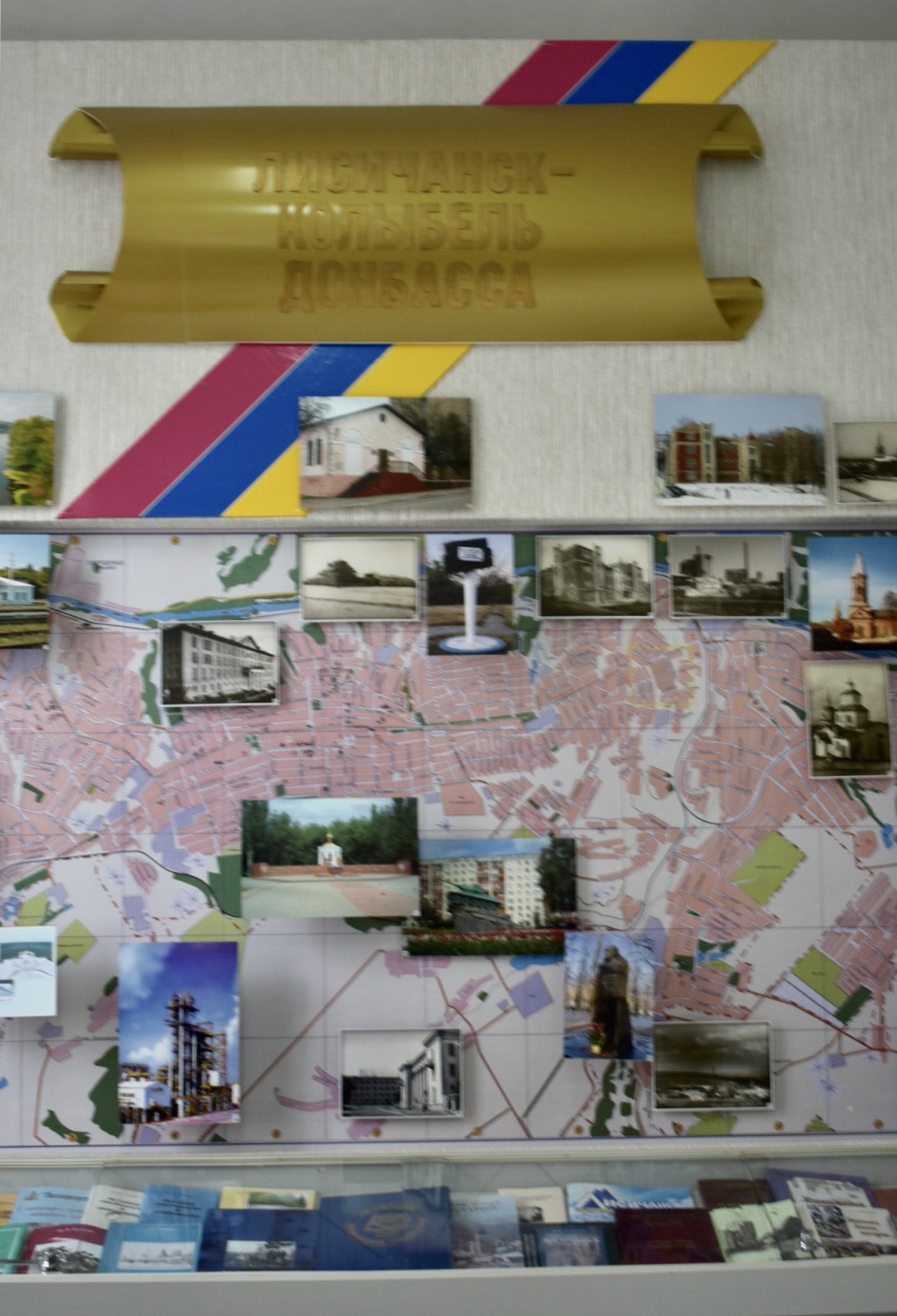 There is newfound hope that all of these efforts will bring greater visibility to, and strengthen resilience, among the lives of everyday people in Ukraine’s Donbas today. 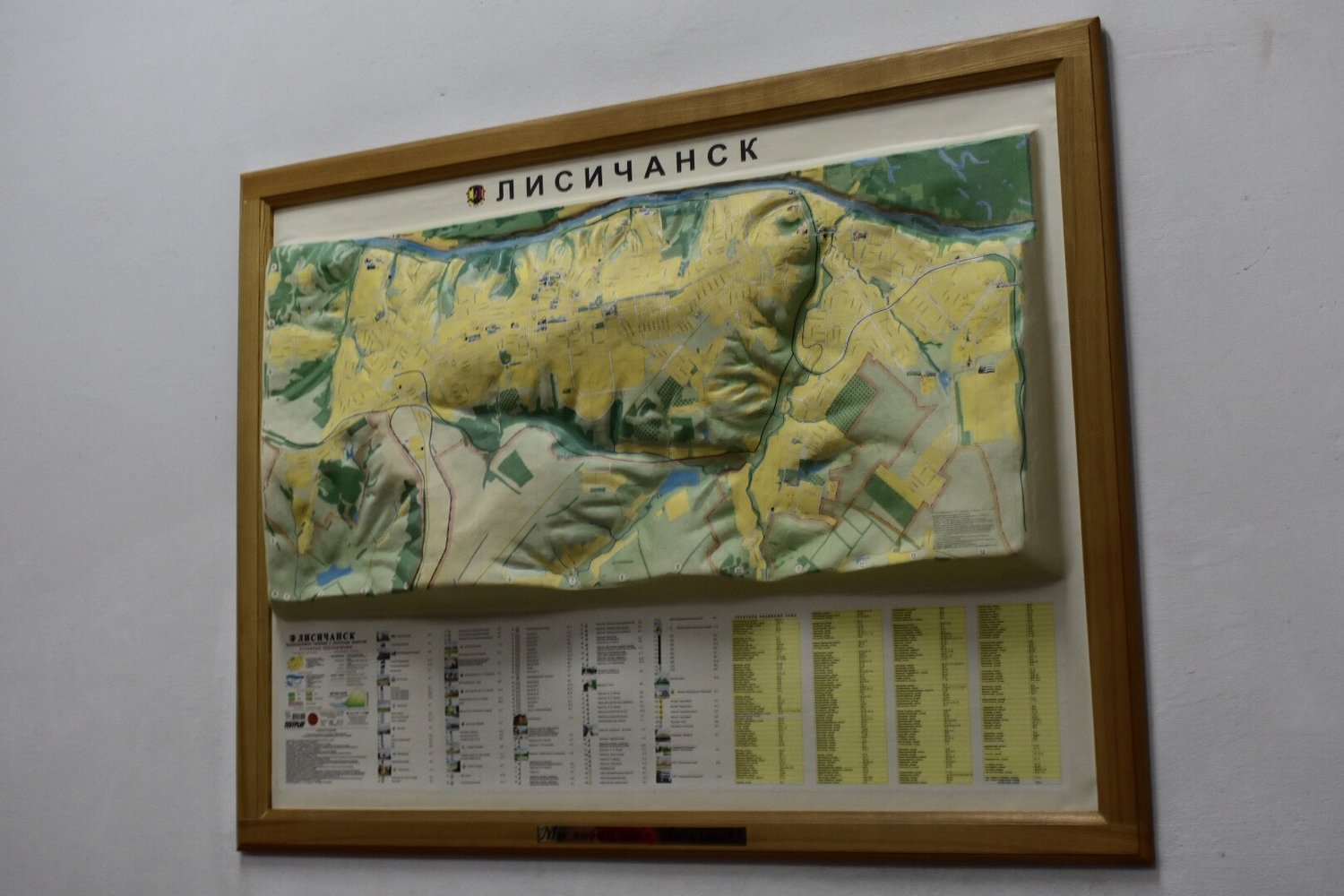 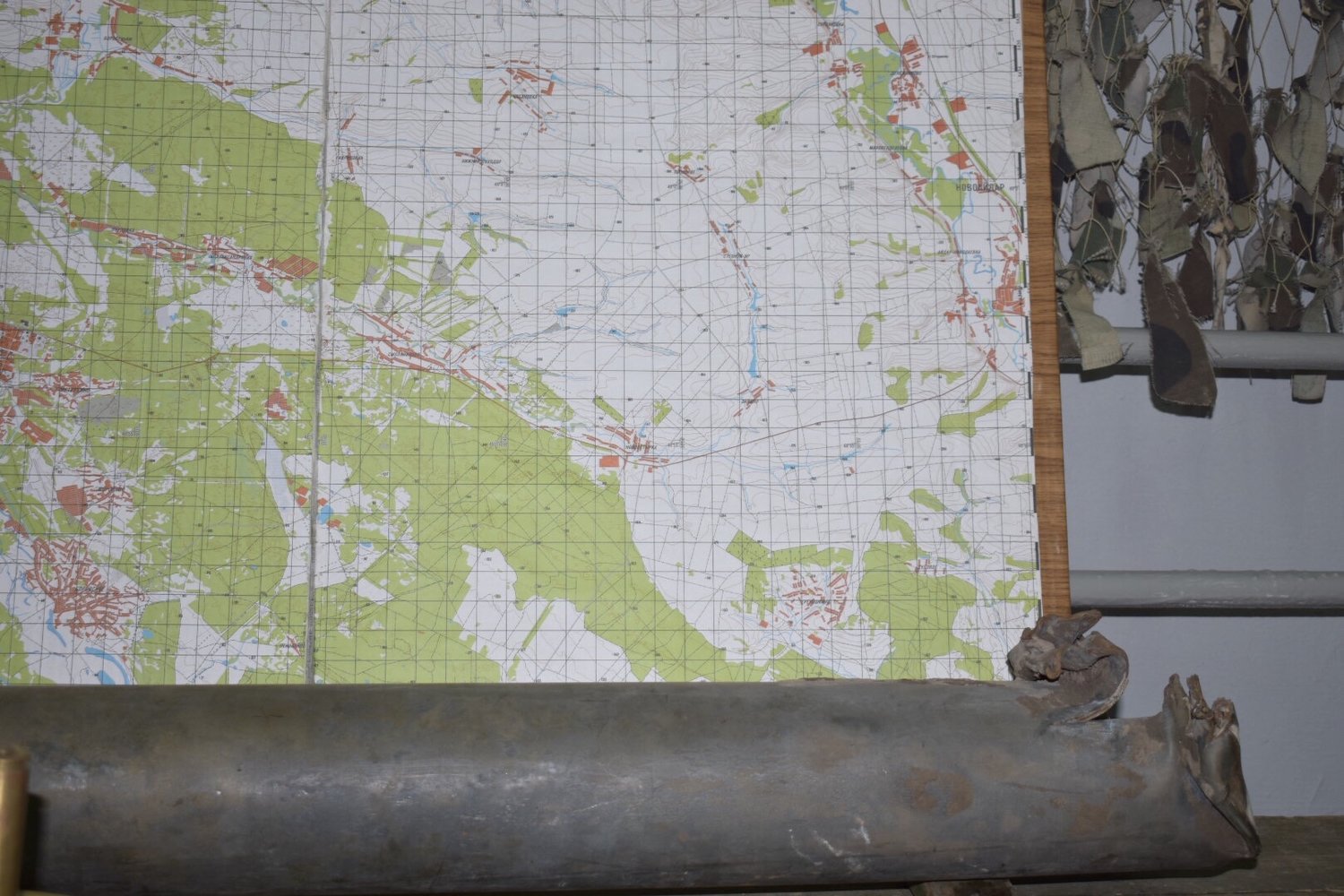 Shrapnel from the Russia-Ukraine conflict and Map, Lysychansk Regional Museum 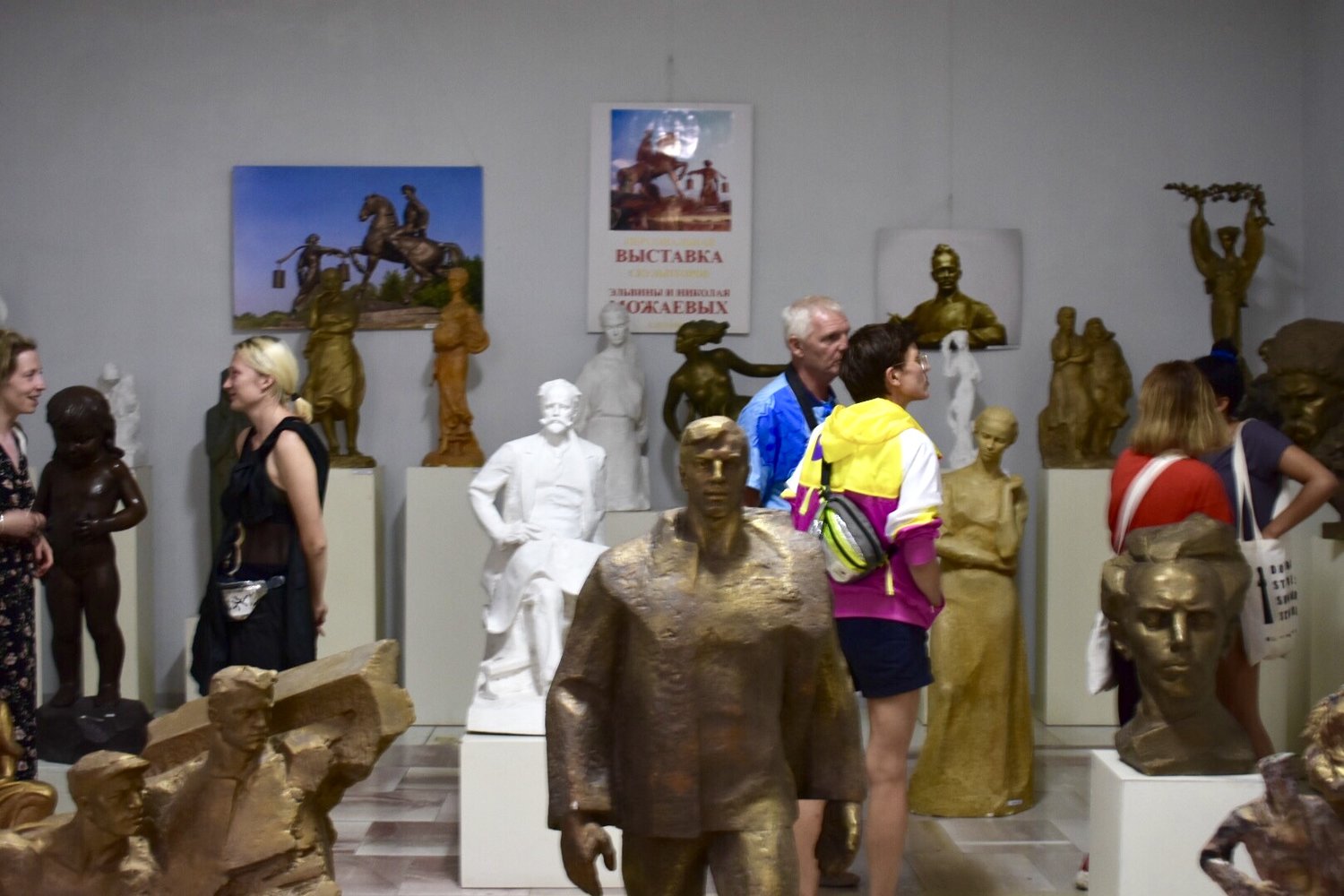 Participants and others reflect upon the phenomenon of Soviet sculpture in the context of debates on Decommunization of public spaces, Lysychansk Regional Museum 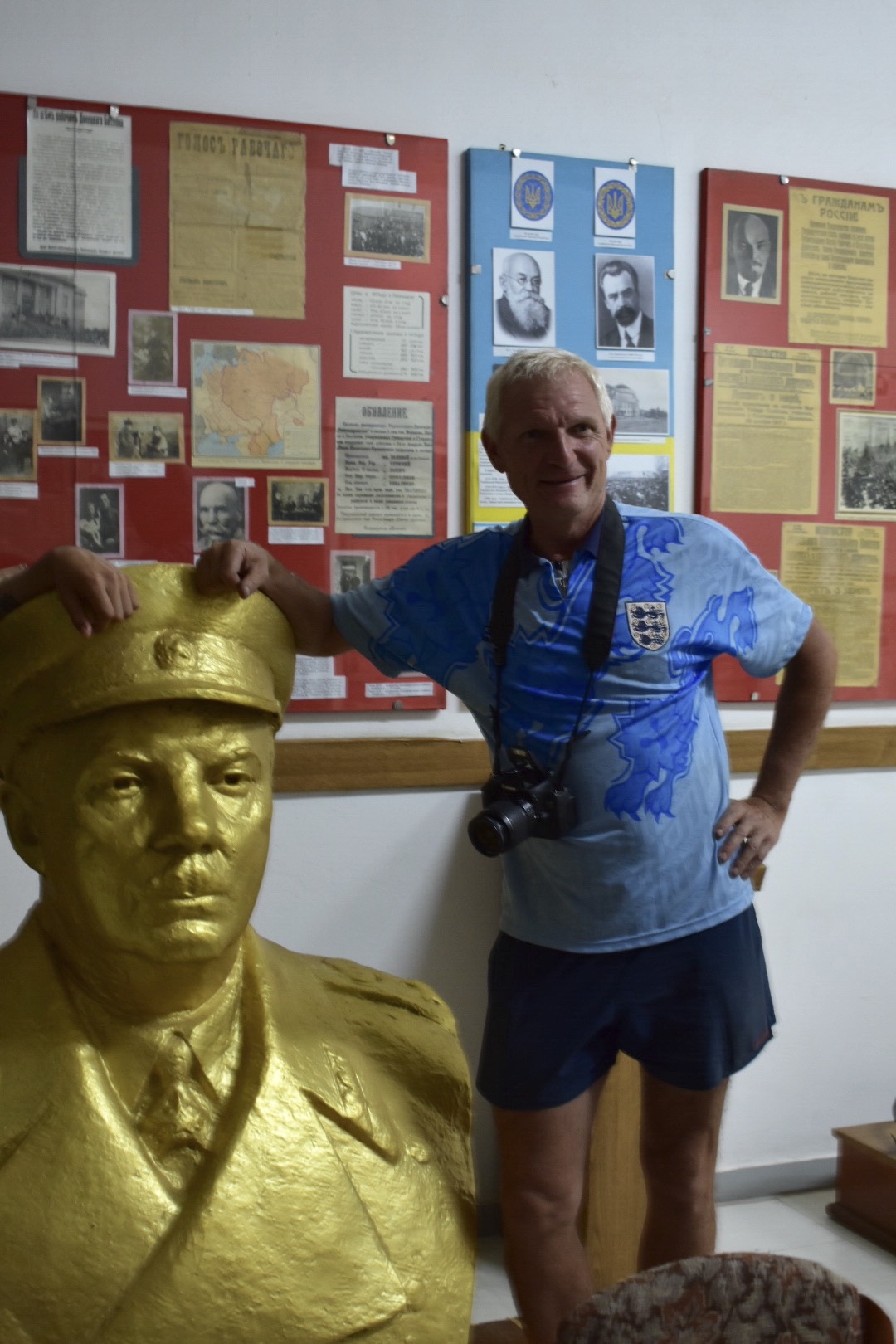 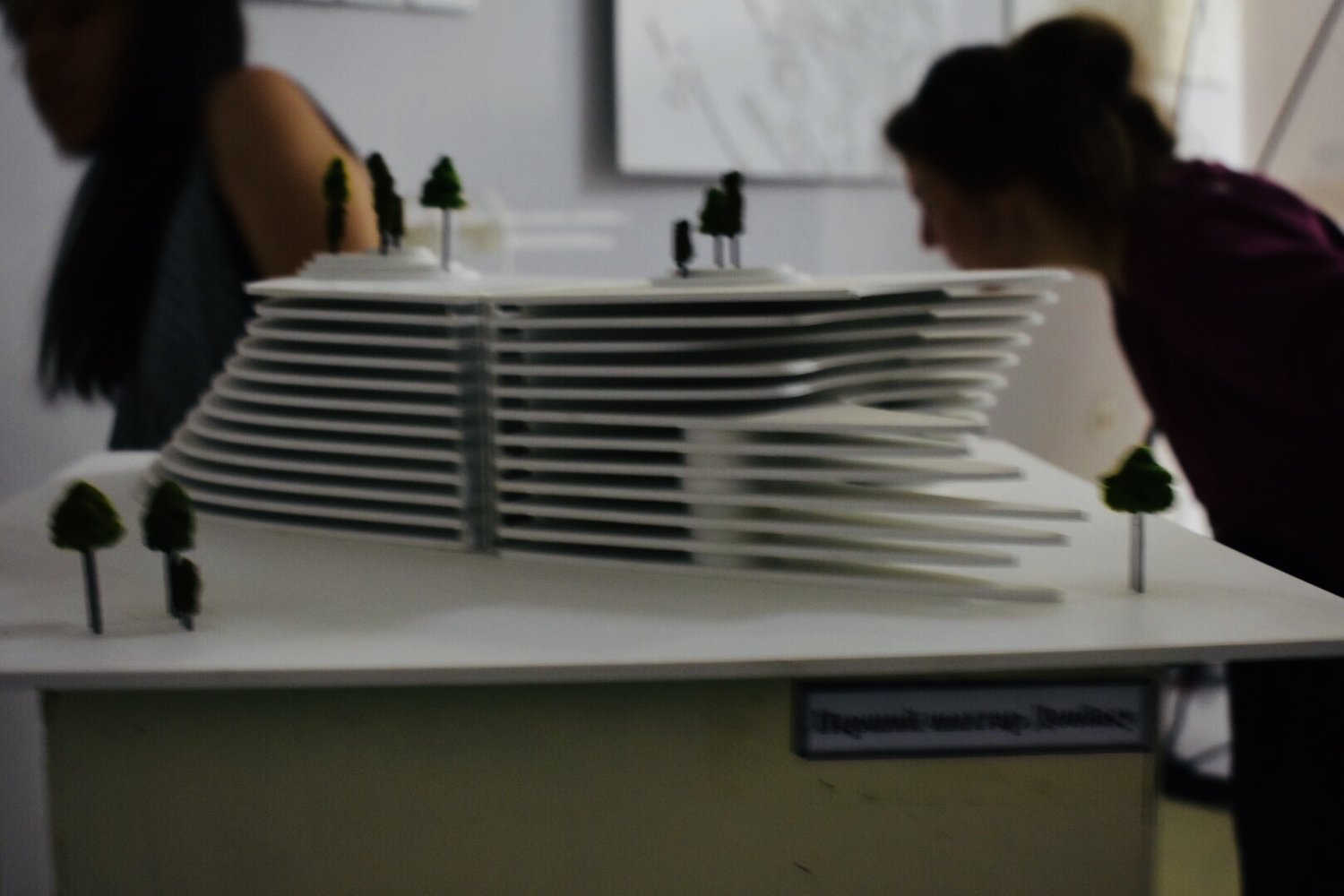 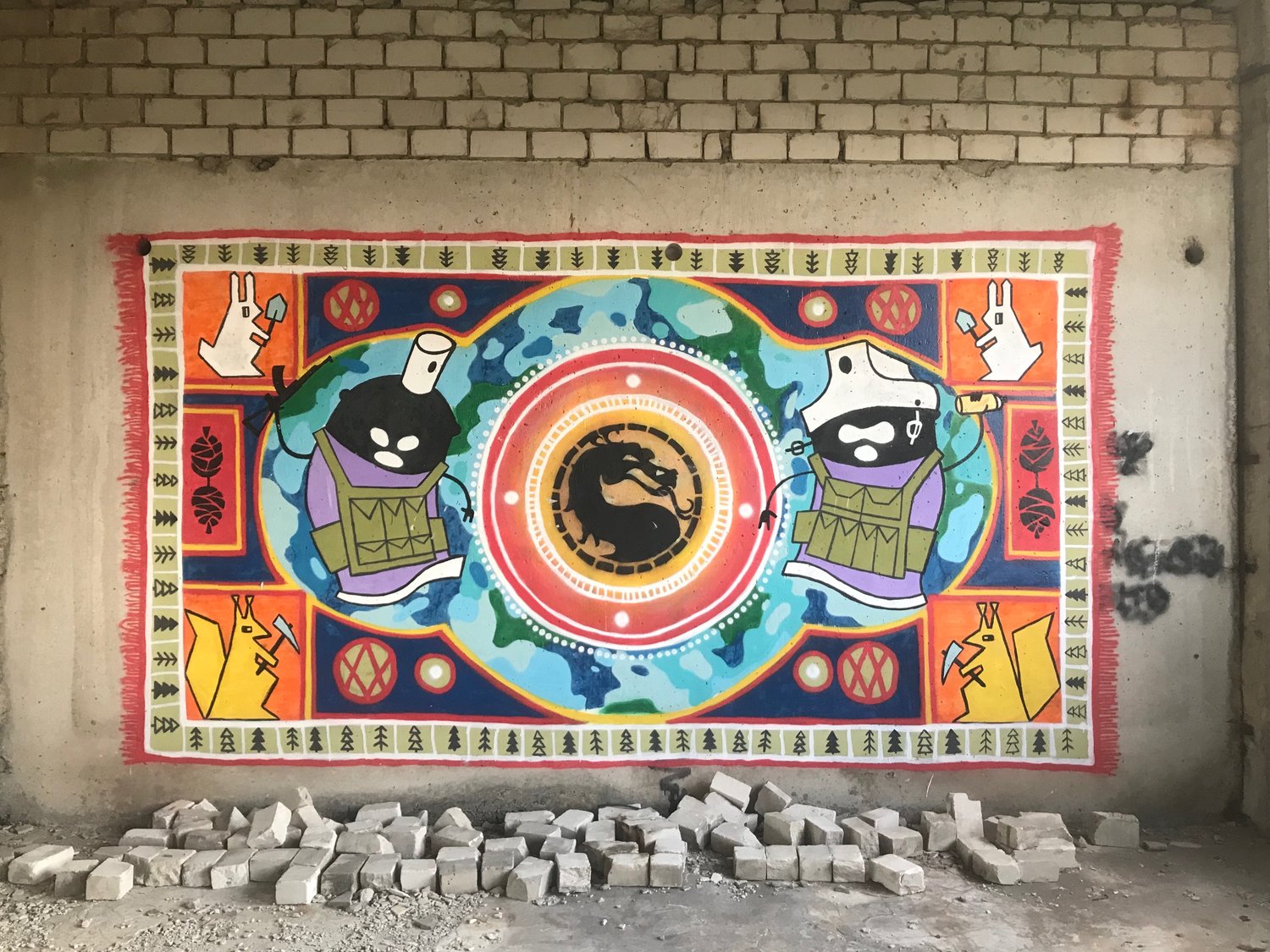 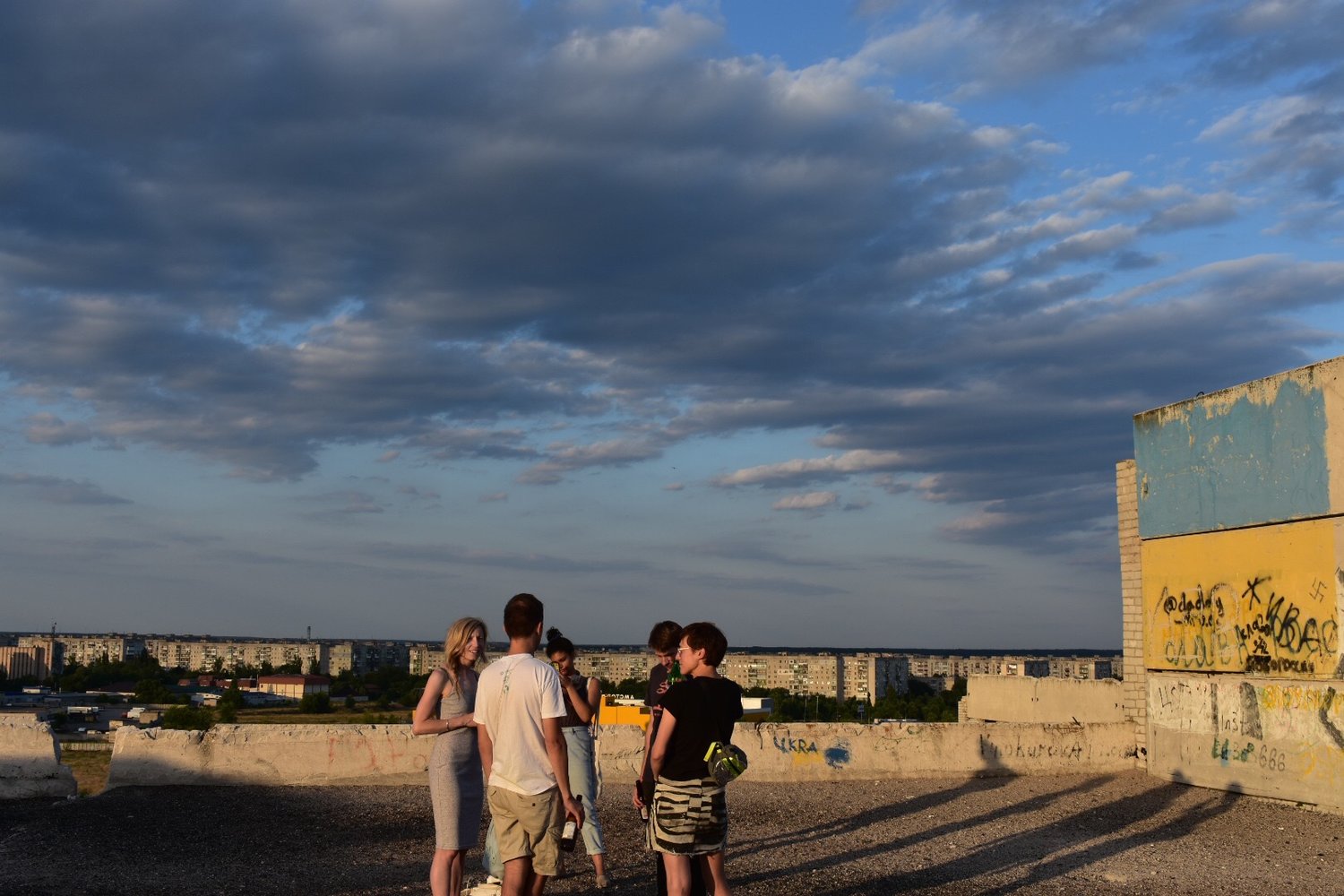